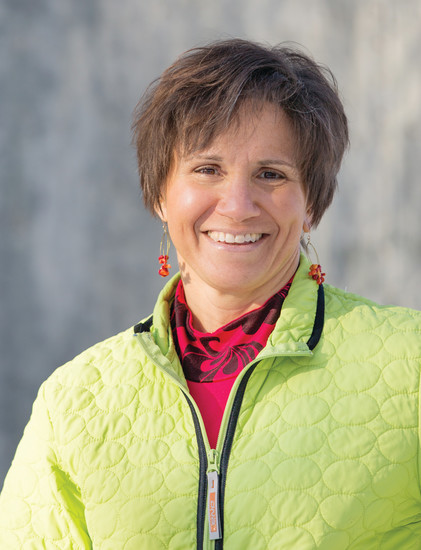 The emotion that Nancy Rynes remembers most when she woke up on that January day in 2014 was anger.

It wasn’t anger at the texting driver that had hit her while she bicycled the Lafayette roundabout. It wasn’t anger about the injuries she suffered as she was dragged some 50 feet under the young woman’s car or the work that surgeons were doing to save her life.

Rynes was angry because she had been sent back from paradise and irrevocably among the living after being legally dead for some two minutes.

“I didn’t know what to do with all this,” Rynes said. “I felt like I was crazy. What had just happened? I didn’t have any words, and I didn’t say anything to anybody. I didn’t want to get committed to a psych ward. I didn’t know this happened to people.”

Rynes is one of the near-death experience survivors and researchers who attended Westminster’s Westin Hotel for the International Association of Near Death Studies annual conference in Colorado this past August 3-6, drawing people from around the world.

When and Where We Meet

FROM NORTH OF IRVINE
South on 405 Fwy/San Diego
Exit MacArthur
Right on MacArthur for 300 yards
Left on Main St.
Go through the light at Red Hill
Make ​U-turn at the next light at McDurmott
​The next street is also McDurmott (it curves around). Turn ​Right on McDurmott (just before Red Hill)
We are the last building on the left as the street begins to curve right
Turn left into parking lot at 18271 Bldg. Suite G

FROM 55 North (Tustin/Orange)
South on 55 Fwy
Exit MacArthur
Right on MacArthur for 300 yards
Left on Main St.
Go under the overpass
Turn Right onto McDurmott East.
Follow the street around where it curves to the left. Turn Right into parking lot where you see the post for the address of 18271. You’ll see the before McDermott curves to the left again.

FROM THE SOUTH
North on 405 Fwy
Exit MacArthur, stay in center right turn lane
Right on MacArthur for 200 yards
Left on Main St.
Go through the light at Redhill Ave.
Make a U-turn at the light (McDurmott). The next street is also McDurmott (it’s curves around). Turn ​Right on McDurmott (just before Red Hill)
We are the last building on the left as the street begins to curve right
Turn left into parking lot at 18271 Bldg. Suite G.

More About Our Meetings

Not everyone who attends has had a near-death or spiritually transformative experience. Everyone has their own reason why this group is of interest, and all are welcome.

OC IANDS was created for the ​Orange County community and surrounding area​s​ for those who have had a near-death ​and/or related experiences or who have a personal or professional interest in such experiences. The group provides a forum in which to discuss such experiences and their meaning and integration into subsequent life. Discussion takes place in an atmosphere of openness and interest/support without judgment, proselytizing, or advice-giving.

​We have a structured program ​almost always with a featured speaker, followed by discussion, and Q and A. Our group is not affiliated with any specific religion.

We appreciate a donation of $10 to help with the cost of the room rental, but no one is turned away.

Have you had a near-death or transformative spiritual experience?

If you would like to explore the possibility of sharing your story as a guest speaker, please send an email to Askjanet@janetwoods.com